A central element of the project is its dialogue with the collection of the CCR MUCEM where the artist conducted research on items, images and stories from Mediterranean folk traditions which have nourished her artistic practice and broadened reflection surrounding the theme Le désir de regarder loin.

The research developed starting from the collection following key themes of the “desire to look further”, objects linked to sight and optical illusions, physical and imaginary charms, ritual bread, pop posters, stars and constellations, celestial navigation.
The research produced a selection of roughly fifty objects coherent with the artist’s vision which were later photographed at CCR photo studio.

This series of stills will become a poster series to be displayed along the streets of the northern districts during the La traversée des désirs walk. 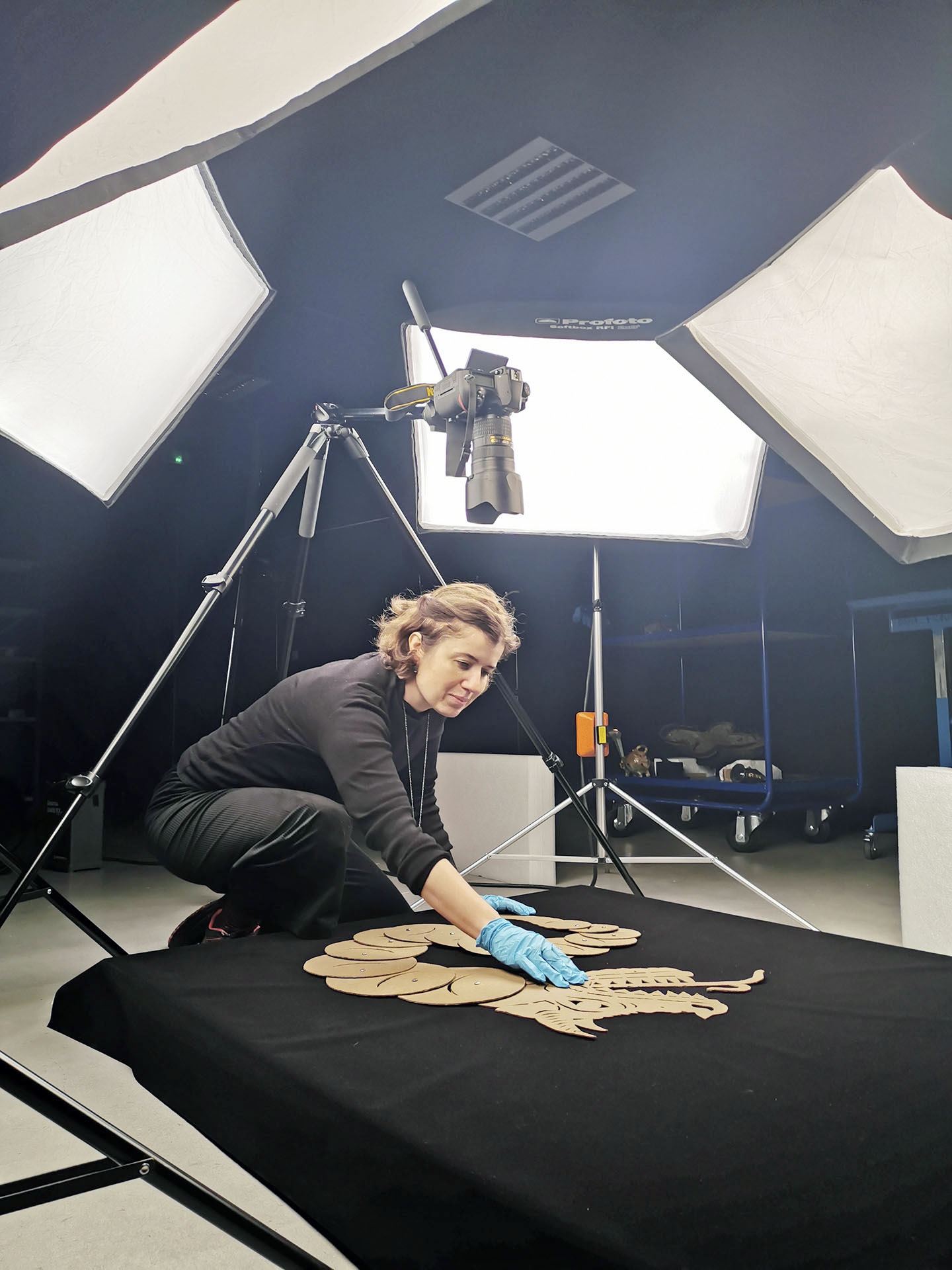 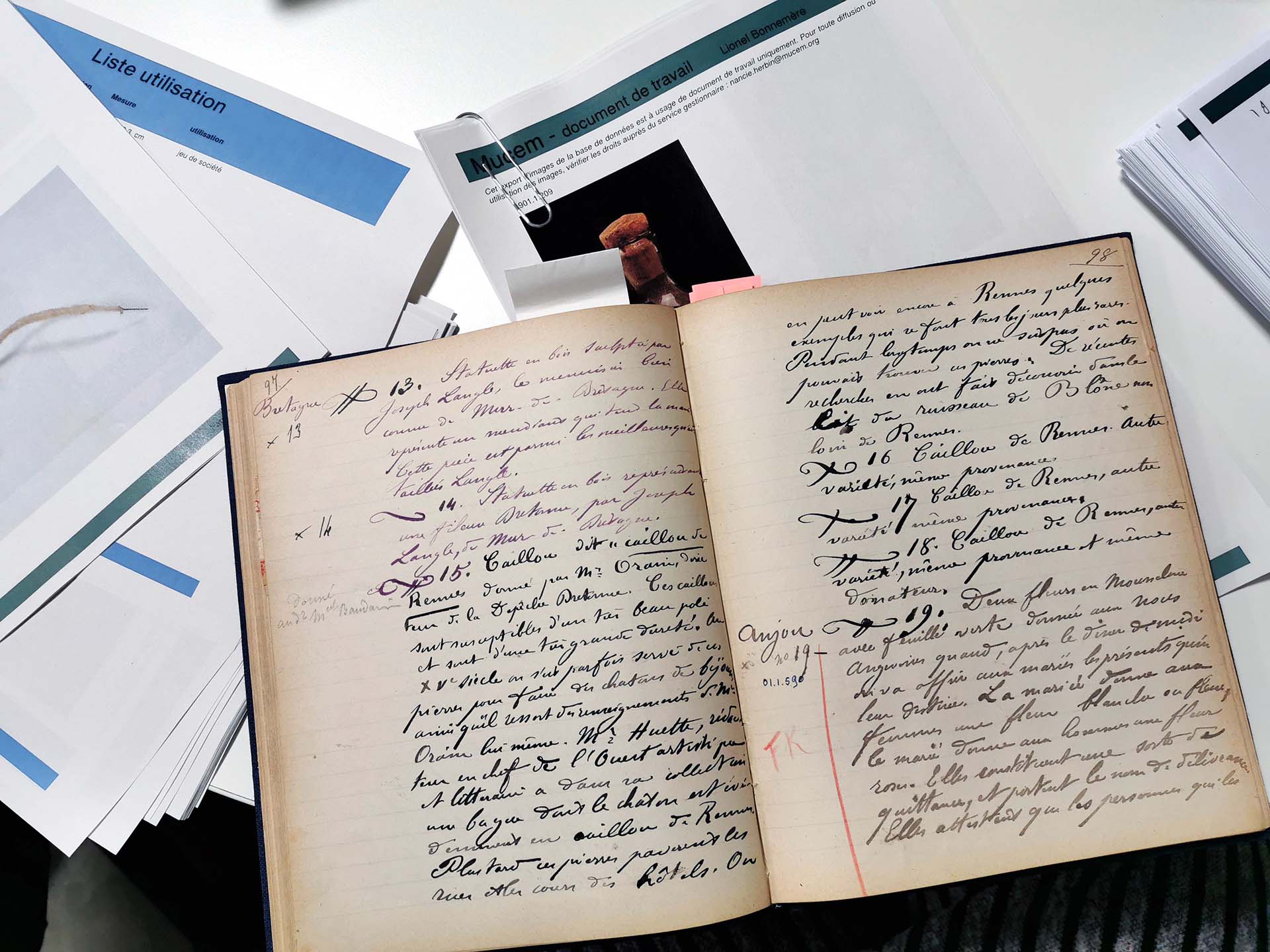 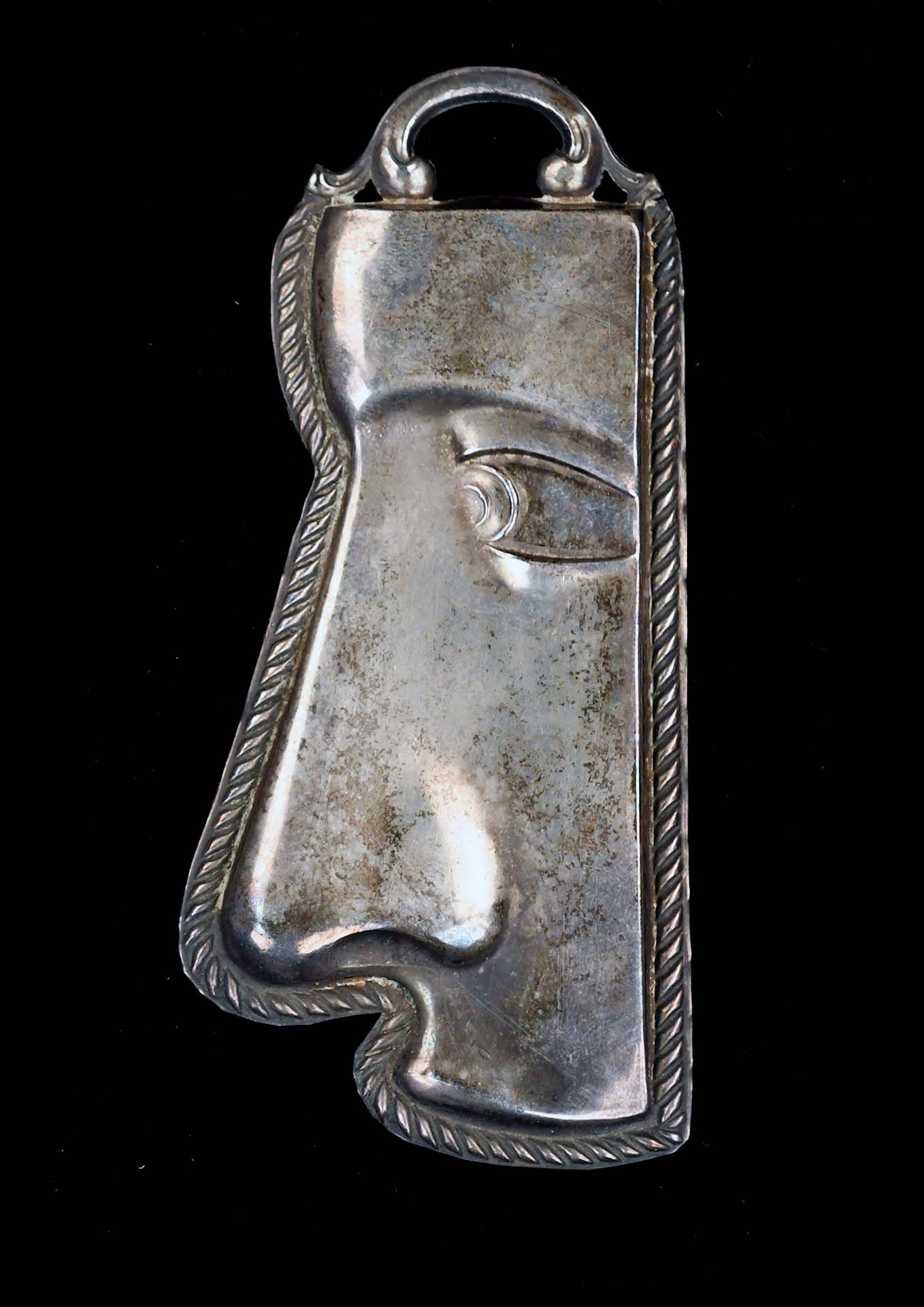 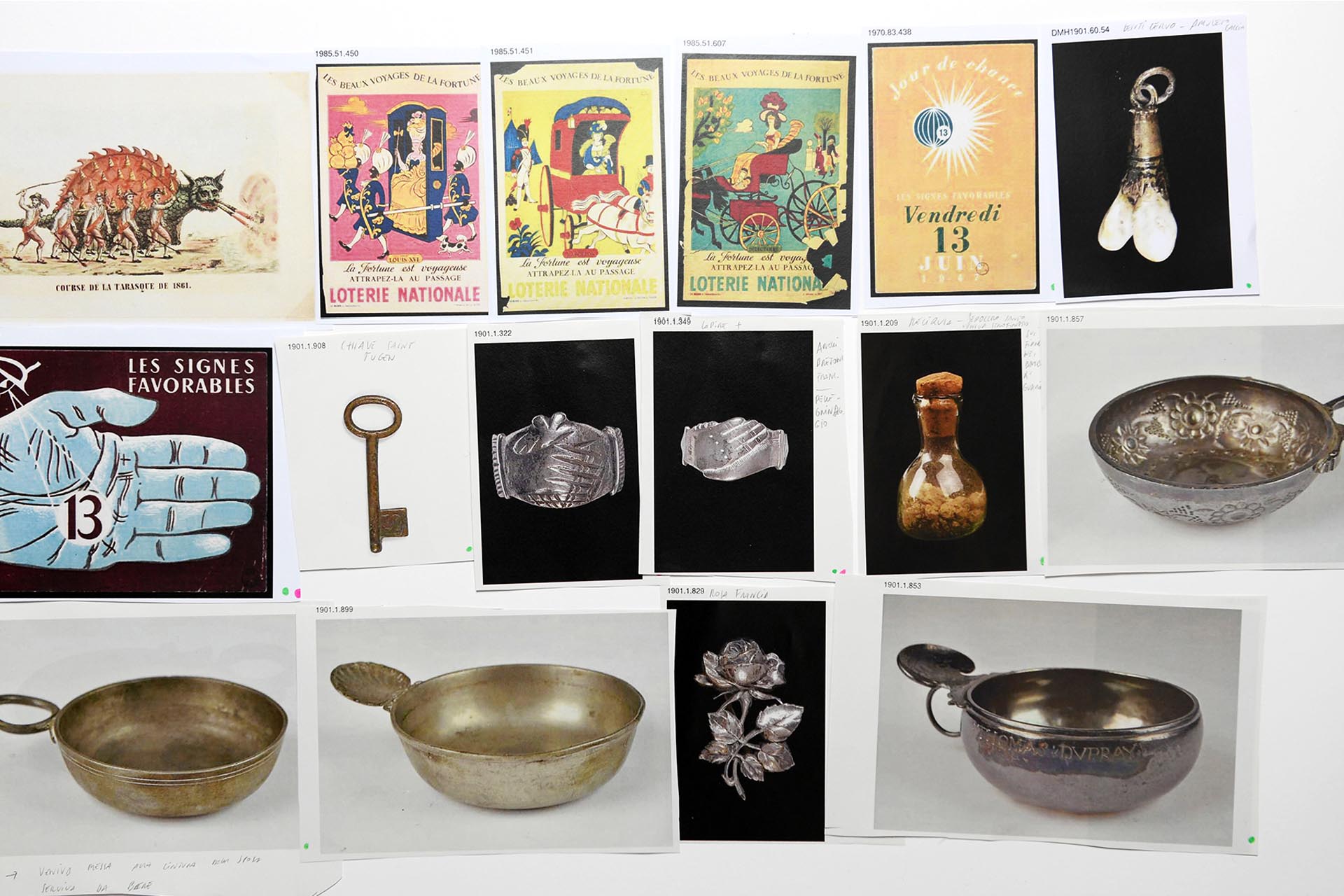 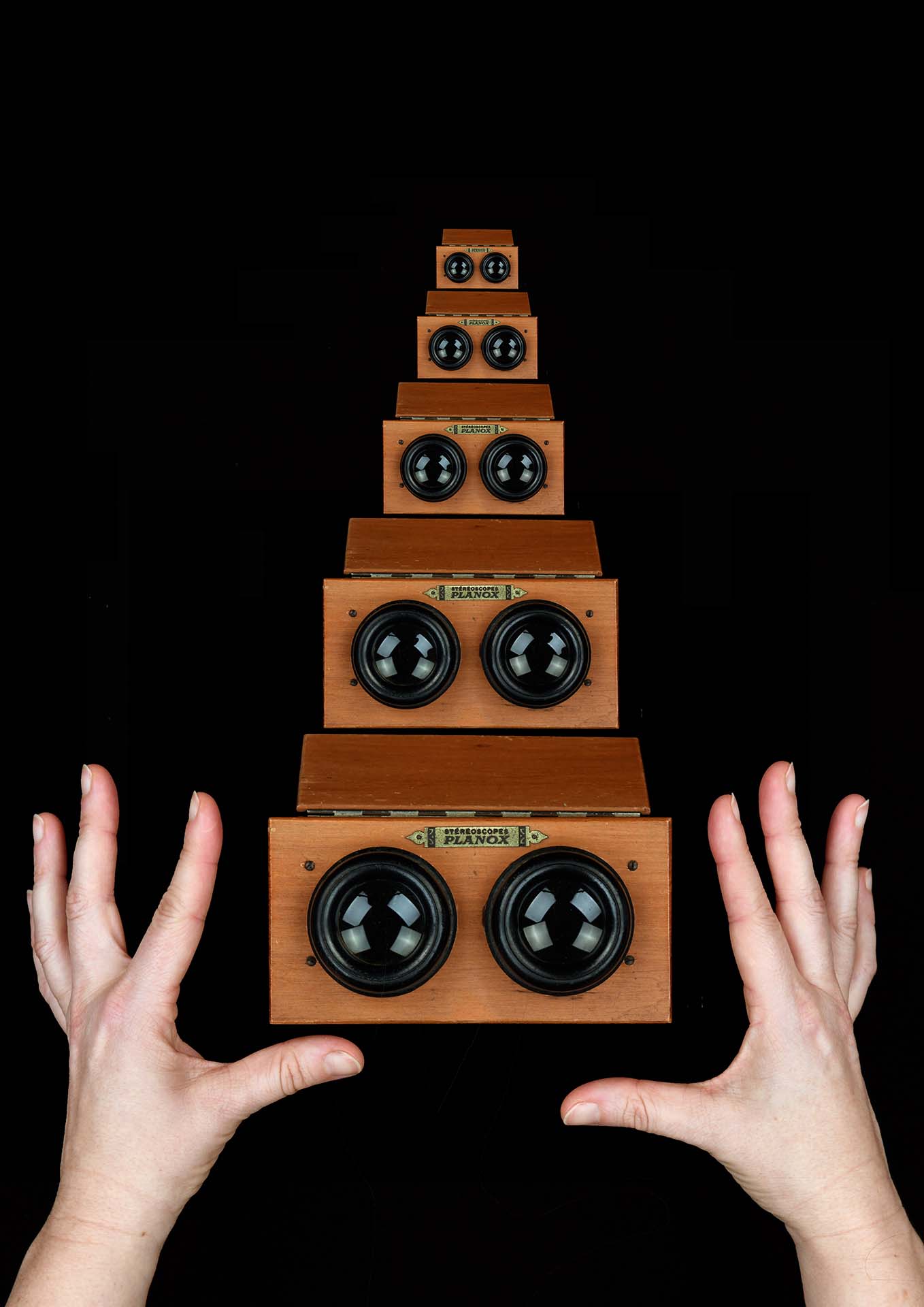 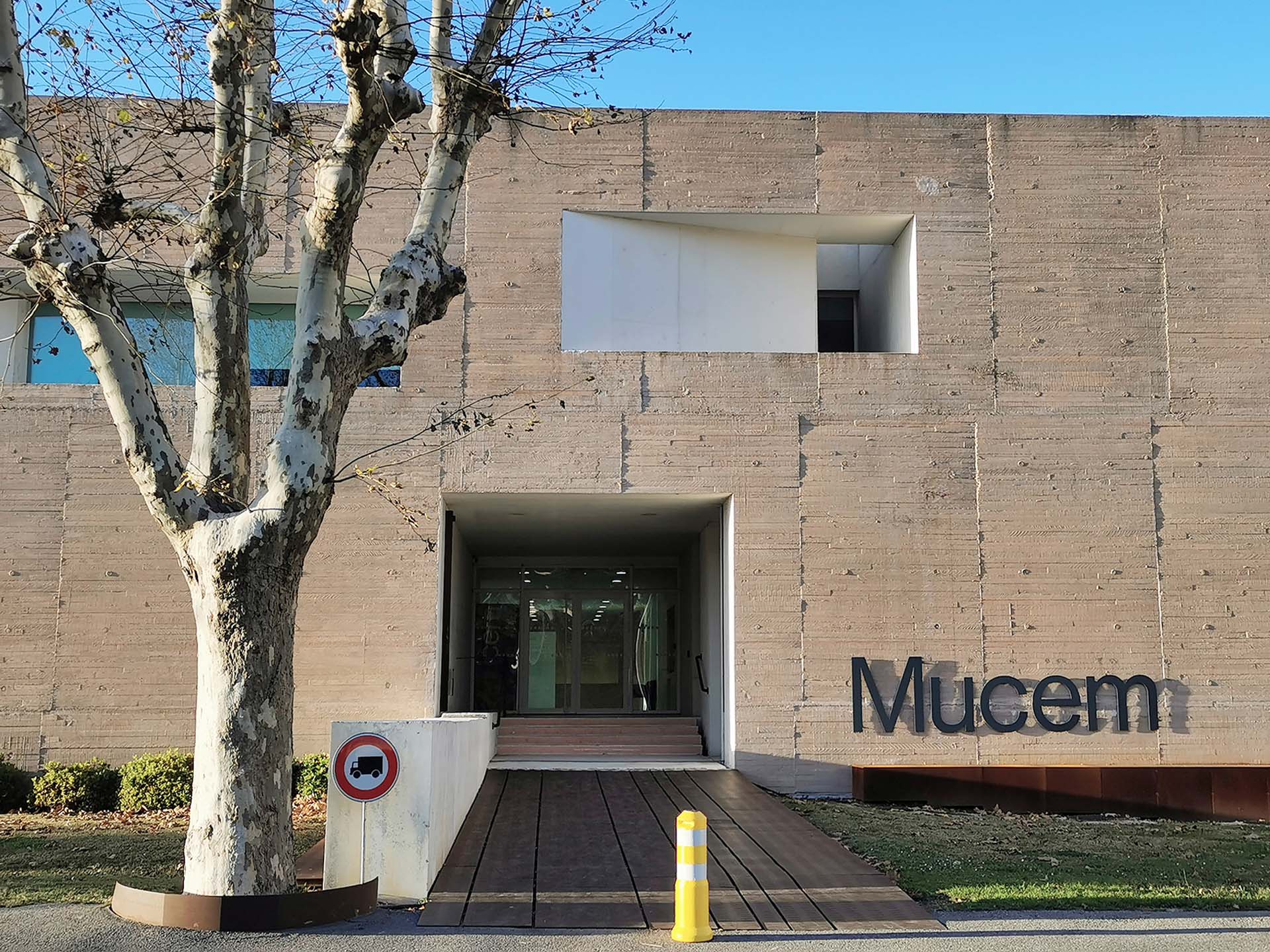